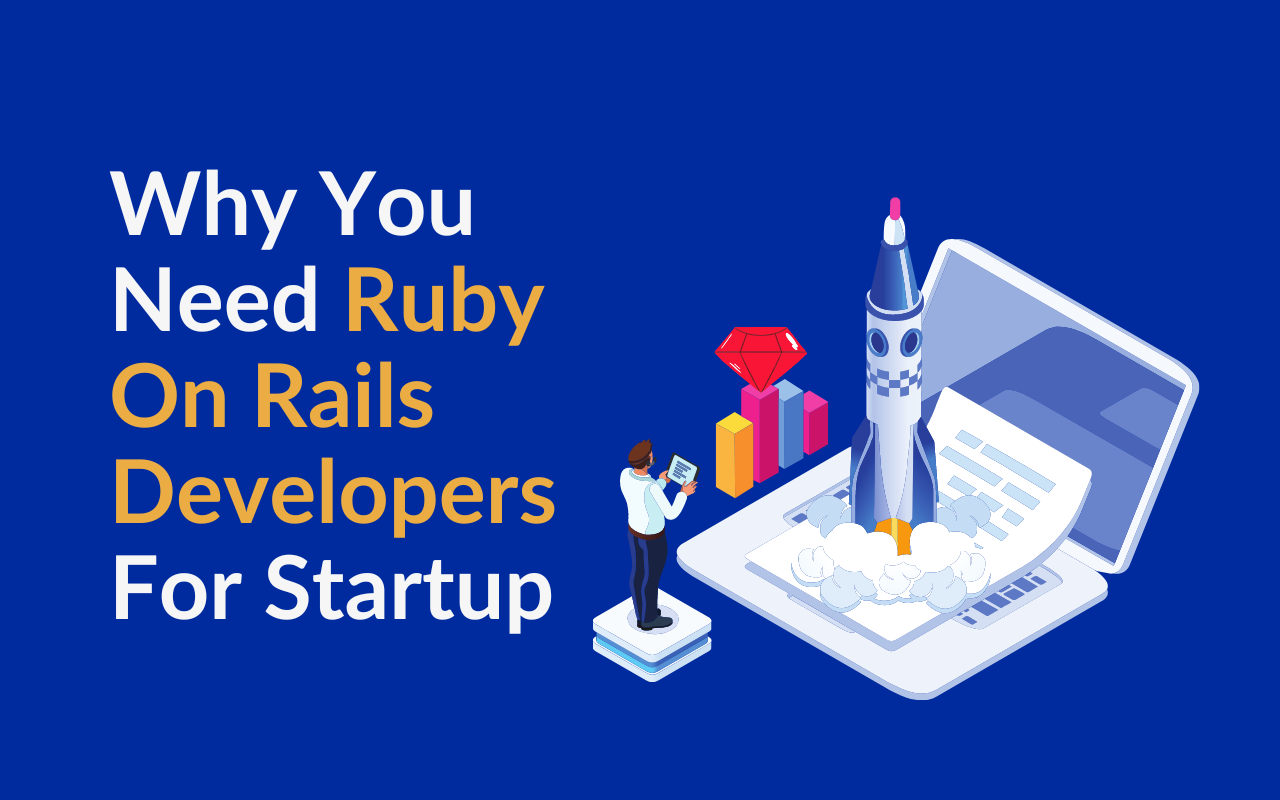 Every startup requires a boost to get known in the market and generate a tone of interest and sales as soon as it begins to operate. In situations where your company needs an app, website, as well as web app, it is crucial to pick the appropriate framework.

There are numerous versions of frameworks on the market. Ruby on Rails web app development, however, is the most wonderful and is preferred by many firms and engineers. Despite being the oldest framework, there are several reasons why developers favor it. You will be shown the benefits of selecting Ruby On Rails developers for your startup in this article. Let’s start by providing a brief overview of the Ruby on Rails framework.

What is the Ruby on Rails framework?

In 2004, the open-source Ruby on Rails framework for web applications made its debut. The growth of startups like Twitter, Groupon, Airbnb, Hulu, as well as Asana into some of the biggest names in technology has been made possible by their widespread use in the IT industry. Because Ruby on Rails is designed to be scalable and requires little maintenance, you can focus more of your time on building your project & less of it on combating bugs or trying to fix errors.

You can design your product once & publish it anywhere without worrying about compatibility difficulties because of Ruby’s standardized development environment, which is consistent across all platforms.

The ability to quickly construct complex web apps is just one of the tremendous benefits of Ruby on Rails web app development, but it also has other hidden gems that make the time spent navigating its learning curve well worth it. You’ll immediately comprehend once we explain why using anything else would ultimately end up costing more than double as much as it should have originally done.

Why is Ruby on Rails so popular among developers and business owners?

RoR is becoming so well-liked in the industry for a variety of reasons. In the end, RoR is the framework that needs the least amount of coding while producing the most results. You can quickly complete the needed web apps with its assistance. The only thing left to do is hire Ruby on Rails developers.

In a word, Ruby on Rails is an open-source framework for building web applications based on Ruby. By making assumptions about what each developer needs to get started, it aims to make web application development easier. Ruby on Rails can be used to create simple apps, thus it shouldn’t be disregarded. It should be viewed as a straightforward framework for creating intricate Apps.

Why You Need Ruby On Rails Developers For Startup

The programming language Ruby on Rails is not merely user-friendly and dependable. It also contributes to the continued development of other technologies, though. RoR has been used by businesses, and these businesses recognize its influence on platforms like PHP, Java, Node.js, and many others. Therefore, optimize your app development tools by employing tools like dependency management systems, preprocessors, template engines, and many others if you want your apps to be excellent and you want to outperform the competition.