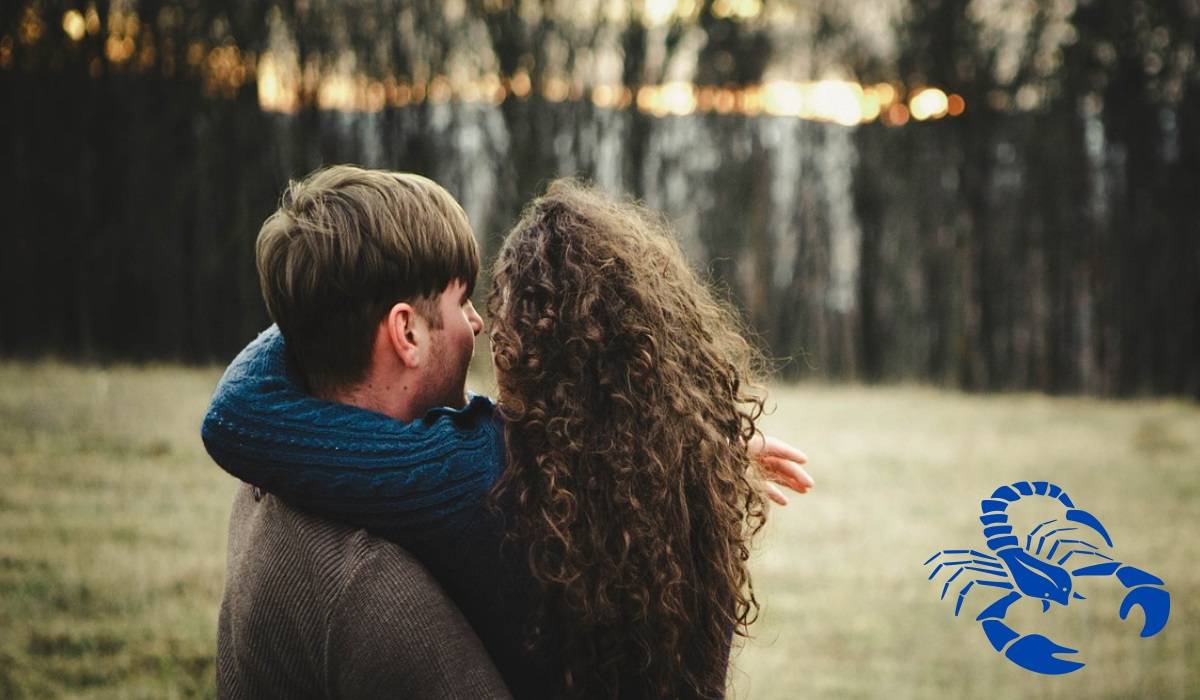 Scorpio needs a partner who can accept them for who they really are and who values the brave and competitive edge they bring to the relationship. Triplicity and quadruplicity are the two most important aspects of zodiac compatibility in astrology. The water element makes up half of Scorpio’s triad, and it also plays a role in Scorpio’s fixed quadruplicity.

Stout, brave, competitive, tough, resourceful, mysterious, and forthright best describe Scorpios. They tend to teeter on the edge of two polar opposites. They should look for someone who is self-reliant, driven, compassionate, loyal, and empathetic in a life partner. Compatible zodiac signs for Scorpio include Pisces and Cancer, both water signs, and Capricorn and Virgo, both Earth signs.

Cancer’s fluids are bubbling and soothing, like a brook. A Cancer and a Scorpio have a mutually beneficial relationship. When paired together, Cancer’s (a cardinal sign) nurturing nature can help soothe Scorpio’s (a fixed sign) intensity and brooding moods. In each other’s company, they can relax and take care of each other emotionally. As Scorpio offers Cancer the safety and stability it craves, Cancer repays the Scorpion’s commitment with its undying love. If they can keep their heads above water, this union was made for the long haul.

Both Scorpio and Cancer are guarded, emotional, sensitive, secretive, self-protective, and private people who are slow to trust. In spite of this, when they do find each other, they can form a bond that both will cherish and protect because of the natural trust that exists between them.

This couple’s ultimate goal is to start a happy family, and they have the means to do so by creating a bubble around themselves. They’re bound by a powerful magnetic attraction, and their psychic and empathetic connection helps them get through anything.

The intensity of their feelings for one another, though, can also lead them astray. Sometimes, couples comprised of two Scorpios and two Cancers go through emotional hell and back because of suspicion, jealousy, and betrayal. Even so, pairings between Scorpio and Cancer often last a lifetime.

The oceanic depths and widths of Pisces’ water are truly impressive. If you’re a Scorpio in need of some hope, look no further than the mutable sign of Pisces. Their shared emotional perspective on life makes them a good match. Pisces is all about change and adventure, while Scorpio is all about stability. Whereas Scorpio brings ardor, Pisces brings love. If Scorpio wants to be successful, they need to learn to let go of their possessive and controlling tendencies.

Scorpio and Pisces are the only signs who can truly understand each other’s emotional needs. While not everyone is ready to confront Scorpio’s level of emotional depth, Pisces is capable of handling any situation that arises. Neither Pisces nor any other sign is a good fit for the deep emotional soul-merging and loss of identity sought after by Scorpio.

These two share an instant and powerful sexual attraction in addition to a strong emotional bond. When it comes to seducing each other, Scorpio and Pisces have an innate understanding of one another and an almost hypnotic magnetic pull. No superficial courtship could ever develop between these two, what with Scorpio bringing the fire and Pisces the water.

When accompanied by each other, Scorpio and Pisces can experience things that no other sign can. It’s a match made in heaven (Pisces) that can survive visits to hell (Scorpio) and be reborn anew – over and over again. It’s stunning when they’re in sync with one another. In other words, this is a classic case of “we can’t live without each other, but we can’t live together either.”

Some of the most passionate and romantic soulmate love stories ever written involve a Scorpio and a Pisces.

The signs of the earth and the signs of the water are complementary to one another. The earth element acts as a sponge, absorbing excess water while also directing its flow. Capricorn and Virgo, both earth signs, are the most compatible with Scorpio because of their discipline and self-control, respectively.

Neither Capricorn nor Scorpio has any trouble staying committed, and both will stick by their partners no matter what. They are both concerned with their safety, equally as good with money, and willing to put in long hours to ensure their own future safety. This pairing has the potential to change the world. The sleuthing powers and intuition of Scorpio are complemented by Capricorn’s dogged work ethic and wealth of practical knowledge. Additionally, their physical chemistry is superb. It’s clear that power dynamics between them will be the main focus.

Both Virgo and Scorpio have the qualities of being cautious, reserved, investigative, and frugal. They both enjoy their own company and are capable of functioning independently. What each lacks, the other makes up for in spades. They share a penchant for solitude, inner thought, spirituality, and attention to the minute details of life. Both Scorpio and Virgo can remain calm and rational in tense situations thanks to their keen perception and practical sense, respectively. These two signs share a dedication to their work and a drive to succeed. The pair tends to keep their issues to themselves. Although it takes time to get started, this connection can last a lifetime.

As far as the elements alone are concerned, Scorpio is a water sign and therefore:

There is a wide range of intensity and complexity in the dynamics between Scorpio and the other signs.

Taurus is a patient and family-oriented sign. It’s sexually attractive, and they both want the same things: safety, stability, and a long-term commitment. Although their differences have the potential to spur both parties’ development, they also carry the risk of sparking heated arguments that could develop into icy standoffs.

They share a deep, psychic bond that allows them to understand and be understood by one another instantly. To a large extent, their goals, passions, and feelings are congruent. Yet when two people of the same sign get together, the influence of both signs is amplified.

Scorpios are naturally drawn to each other and have a strong psychic and magnetic bond that makes it easy to confide in each other even about the most private of topics. They both share a powerful, passionate sexuality and are enthralled by the other’s emotional intensity and desire for profound connections. Scorpio soulmates are surrounded by mystery and passion.

The goal of a relationship between two Scorpios is for both people to grow spiritually and emotionally from the difficulties they face together.

They each see the best and worst in the other, so their relationship is doomed to be a stormy, complicated “I love you/I hate you” affair full of secrets, complexities, and cringe-inducing melodramas.

There was a collision of fundamental natures. Aries is dynamic and dominant, and it’s imperative that they take charge. Scorpio is determined and will not give up without a fight. Even though they have a lot of sexual chemistry, their fundamentally different worldviews often result in major arguments.

Those aren’t the kinds of things that satisfy Scorpio’s need for solitude, safety, and ease. Leo is insatiable in his need for praise and admiration. Scorpio likes to hang out in the shadows. Leo enjoys being in the spotlight. And both of them are quite obstinate. A power couple if they work together toward a common goal, a never-ending conflict if they turn on one another.

This is an intense relationship, but it’s doomed to fail because of the strong feelings of both love and hate between them. Scorpio needs stability, has a dark side, and is sentimental. Sagittarius is curious, free-spirited, and focused on the future. They need to learn to compromise with each other if they want to make it as a couple.

Unlike Scorpio, Libra is too impersonal and simplistic to grasp the depth of that sign’s feelings. While Libra’s carefree attitude toward commitment and responsibility irritates Scorpio, Scorpio’s jealousy, brooding, and intensity are a turnoff for Libra’s gregarious nature. This couple is doomed to break up soon.

A loyal Scorpion. A Gemini’s loyalty is always wavering. When it comes to sharing personal information, Scorpio is very secretive. The twins of Gemini are known for their outgoing personalities. Gemini is a sign known for its mutability. An intransigent and dogged sign, Scorpio is never easily deterred. The twin sign of Gemini is known for its flirtatious nature. An insecure Scorpio. Having a relationship like that would be difficult and stressful for both parties.

Consciousness and emotion meet head on. Aquarius is always friendly and welcoming, while Scorpio is wary of everyone. The Scorpion is receptive, while the Aquarius is bold. Controlling Scorpio. Both Aquariuses and their stubborn demand for independence. An endless cycle of power struggles and competing goals would characterize this type of relationship.

When it comes to compatibility, signs of the same element are best when paired together, but quadruplicities (modalities) are not subject to the same rules. Thus, a Scorpio is more compatible with the cardinal sign of Cancer and the mutable sign of Pisces than with another Scorpio. Since Scorpio is a fixed sign, its characteristics include a strong sense of identity and determination. When coupled with a person who shares your fixed sign’s unwavering nature, the experience can be empowering. If two people are too similar, it can stunt the development of both their relationship and themselves.

It has been theorized in astrology that two people born under different zodiac signs are meant to be together. Scorpio’s perfect match would be a Taurus. There are many problems with these theories, but one of the most glaring is a lack of appreciation for the distinction between modes and elements.

Although the earth and water signs can make good partners, a fixed sign like Scorpio needs someone from outside their own quadruplicity (modality). Taurus, alas, is a fixed sign, and a fixed earth sign at that. Taureans are known for their tenacity and need for emotional security. Scorpio thrives on extremes and must daily delve into the very depths of their soul, while Taurus strives for status quo and peace at all costs. A Scorpio is defined by their passion, intensity, and commitment to the truth no matter what.

The sign of Scorpio is not limited to the Zodiac’s Solar System. This sign of the zodiac has the potential to influence all of the planets and houses in a natal chart. To balance out a Scorpio-dominant natal chart, a Capricorn, Pisces, Cancer, or Virgo-dominant partner is ideal. Understanding chart compatibility can be difficult for those just learning about astrology due to the complexity of natal charts. 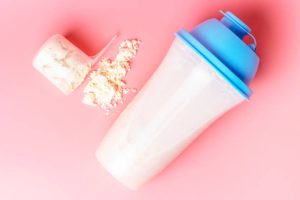 Previous post Why are Meal Replacement Shakes Getting Popular?