The debate between used and new smartphones has been going on for over a decade. Each year smartphone manufacturers release a new mobile phone leaving the previous version behind. The same is true for Samsung, which wants to create a surplus of smartphones. However, they don’t come cheap, and people tend to move toward options like a phone at a lower price point or Used Samsung mobile phones.

However, many people think that buying a used smartphone is like throwing your money down the drain. That’s why today, I’m going to give you my take on what type of smartphone is better than the other.

These are the topics that we’ll be going over in this article:

Let’s start by discussing the concept of used mobile phones.

What Are Used and New Phones

Used phones are pre-owned smartphones that have been previously used by another individual. These devices may be purchased from a variety of sources, including online marketplaces, physical retailers, and private sellers. They usually have the same features as newer models but are often available for substantially less than the original price. They can also be a great way to save money on a device that you may not be able to afford new.

However, it does come with its own set of issues if the previous owner of the device was a bit rough; then you might see some scuff marks or even damage on the screen. Plus, if the previous owner was too rough, then they might have replaced some of the components of the phones, like the screen or the battery. If so, then there is a high possibility that the components are of low quality or the device isn’t repaired properly.

While on the other hand, buying a brand-new smartphone from a trusted vendor is your safest bet. New phones are the latest developments in mobile phone technology. They offer a range of features that were not available in previous generations of devices, such as faster processors and more powerful cameras, larger screens with high-resolution displays, etc.

One major drawback of such devices is that they can be a bit expensive. A normal purposing living in Pakistan can’t even imagine buying a used iPhone 13 Pro Max, let alone a new iPhone 14 Pro Max. The prices of smartphones have taken off over the past year or so, and we can’t even imagine buying new and premium smartphones like Samsung Galaxy Z Flip 4. However, Used Samsung mobile phones can be afforded by most people, but not without some compromises.

Now that you know about what new and used smartphones are capable of, let’s come to the main question, which is “Between Used Samsung mobile phones and new Samsung phones, which is better?” Here are some differences between both them to clear things out:

Clearly,  there are some important differences between the two devices that can influence your decision. Ideally, if you have enough money to spend, go for new Samsung phones because such devices come with a 1-year warranty offered by the company and making it the safest option. However, my personal preference is the Used Samsung mobile phones option from a trusted smartphone vendor.

Not so long ago, I bought a used iPhone 12 Pro from Wise Market Pakistan, and they gave me one of the best-used devices that I’ve ever seen. I’ve previously used such devices, but this one takes the cake simply because of how good the overall condition of the device was. I highly recommend that you check them out because they have a wide collection of smartphones (including both new and Used Samsung mobile phones).

They also have a huge collection of other accessories, out of which my personal favorite is the Samsung Galaxy Watch 5 and the Galaxy Buds 2 Pro, both of which work perfectly with any Samsung smartphone. So, what are you waiting for? Check out Wise Market Pakistan, where they make sure you get your money’s worth. 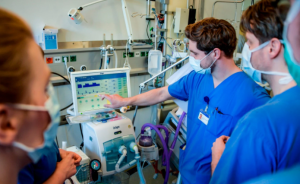